Born and raised in Alberta and working extensively in Saskatchewan and Ottawa, Ms. Yeates has wide-ranging familiarity with the health sector, government processes, federal-provincial relations, and non-governmental organization management. She brings an extensive experience in policy-making supported by evidence.

She has served as a board member for Carleton University, the Ontario Change Foundation, and the Canadian Health Services Research Foundation. An accomplished pianist, she loves cross-country skiing and the outdoors, especially the mountains.

In 2016, Ms. Yeates received Canada's highest honour - Member of the Order of Canada. 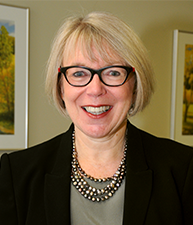