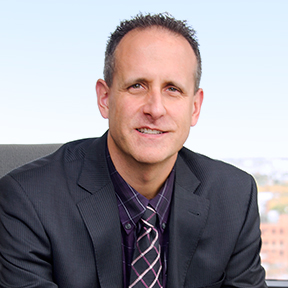 Mauro is the Vice President of CancerControl Alberta & Clinical Support Services, and member of the Executive Leadership Team.

In his current role, Mauro has responsibility for CancerControl Alberta, Diagnostic Imaging, Pharmacy, Nutrition and Food Services, Linen and Environmental Services, and Infection Prevention and Control.

Mauro has previously held the positions of Vice President (Acting), Clinical Support Services and Provincewide Services, as well as Senior Operating Officer, Diagnostic Imaging Services. He started his career with the former Capital Health region in 1988 as a medical laboratory technologist.

He has a master's degree in business administration, and received his medical laboratory science and general radiology certification and diplomas at the Northern Alberta Institute of Technology (NAIT). He is a strong leader with excellent leadership skills. He is a mentor to many, and brings a solid background and skill set to the executive leadership team.

Mauro is a true Albertan; he was born at Edmonton’s Royal Alexandra Hospital, trained at the same hospital and has lived and worked around Edmonton ever since.

In his personal time Mauro loves spending time with his family and coaches hockey and lacrosse. He enjoys running and giving back to his community.