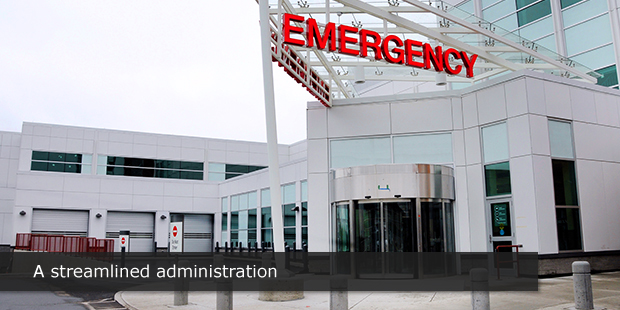 A common criticism directed at Alberta Health Services is that there are too many managers and not enough frontline staff – too many clipboards, not enough stethoscopes.

This week, there were calls for AHS to “cut the waste” in order to save millions of dollars that could then be redirected to frontline resources, particularly in our Emergency Departments and Continuing Care sites.

Obviously, targeting funds towards the frontlines is hugely important.

However, it is important to note that we spend less money on administration than every other public health care organization in Canada. AHS spends 3.6 per cent of our total budget on administration costs, the lowest in the country.

That means more money going directly to patient care, where it is most needed.

AHS is also often described as unwieldy, with too many levels of management. We have made significant headway in reducing the number of staff in managerial roles, while realizing that a successful health care system requires strong management.

The number of senior leadership positions has been reduced from 144 in the entities that formed AHS, to 61 today (not including 19 medical senior leaders).

AHS has fewer managers per employee than the majority of organizations in Canada – 3.3 per cent of our entire workforce, or about one manager per 30 staff. Recently, PricewaterhouseCoopers released a report that showed the average number of managers in health care is 3.7 per cent.

The percentage of managers in the general workplace is even higher, at 4.8 per cent. So, we are well below that.

We are also spending less money on outside consulting contracts since 2011. As of September 2014, about $32 million was tied up in active contracts, a reduction from approximately $109 million in December 2011.

It is true that we sometimes sole-source contracts, however this is not common. Whenever possible, we go out to the market for competitive bids for any products and services.

The majority of our sole source contracts is for direct patient care of Albertans, and includes critical services such as cataract surgeries and continuing care. Just 3.2 per cent of our contracts are sole-sourced.

There are some situations when a sole source contract is exempted from our stringent contracting policies and processes. For example, there may only be one supplier who can provide the required services, or there an unforeseeable, urgent situation means goods or services cannot be obtained in time through a competitive process.

There may also be times with an RFP or other competitive process results in no proposals or bids.

AHS is also often criticized for giving bonuses to executives. We do not provide bonuses to any members of management – the pay-at-risk compensation model was eliminated in 2013.