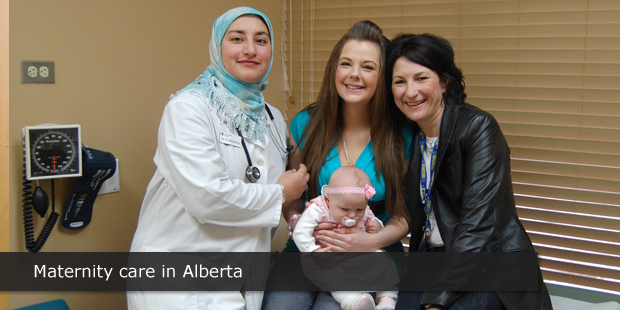 Patient and family access to maternity services is of great importance to Albertans, and we value the role that midwives and physicians play in maternal care.

We are focused on putting patients and families first, which means working to give expectant mothers and their families a voice in their care, and ensuring many options are available for maternal care, including physician care and midwives.

A recent report authored by the Maternity Care Consumers of Alberta Network (MCAN) suggests there are not enough maternal care providers to meet the needs of Albertans, particularly in rural settings.

We acknowledge that recruiting physicians who specialize in obstetrics to rural areas is challenging, however, we are doing everything we can to attract and recruit physicians to our rural and remote communities.

We are also working to expand midwifery services.

For example, we have seen a 17 per cent increase – year over year – in the number of midwives registered in Alberta from 2008 to 2012.

We are committed to continually improve access to midwifery services in a variety of ways, including involving and consulting with MCAN to address the concerns they have raised.

We will also negotiate with the Alberta Association of Midwives in 2015 to revise the Memorandum of Understanding and new service agreements for midwifery practices in Alberta.