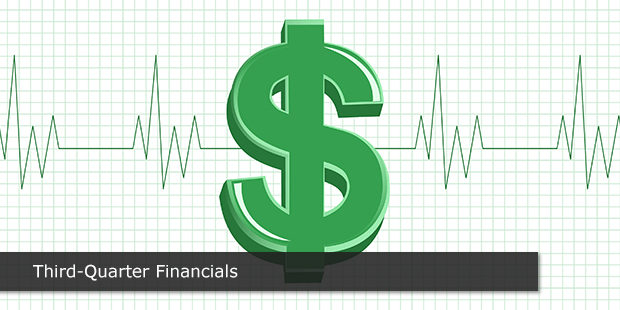 The demand for health care services continues to rise in Alberta, still the fastest-growing province in the country. Alberta’s population growth rate over the past 10 years is twice the national average. On top of that, Albertans are living longer, and 30 per cent of us have a chronic health condition.

Having more aging and chronically ill people in the province means more demand on health care resources and higher expenses. Use of most AHS primary services is up year-over-year.

The amount of drugs and gases used in procedures also increased, costing $8 million more, while the supplies for medical and surgical uses rose by more than $5 million.

In the midst of this, like the rest of Alberta, Alberta Health Services is facing serious fiscal constraints. We must ensure that we run the best health care system possible, as efficiently and effectively as we can. And we are doing that.

While we have an operating deficit of $18 million in this quarter, by the end of this fiscal year we anticipate having a balanced year-end operating position. In the context of AHS’ budget of $10.1 billion for the nine-month period, the deficit is a relatively small figure.

The above-budgeted expenses which have contributed to this deficit are mainly the result of labour agreement settlements, an increase in patient volumes and activity, and variances in compensation rates (including overtime and premiums compensation). Recent legislation tabled by the Alberta government provides additional funding to cover off the unbudgeted costs of the labour agreements which were signed last year.

AHS is fiscally responsible and focused on delivering quality health care to Albertans –effectively, fairly and as cost-efficiently as possible. We understand the current financial situation in Alberta and are taking measures to contain costs without causing adverse impacts on patient and client care.

A hiring restraint initiative is in place across the organization that requires each business area to carefully consider every vacancy and its involvement in direct patient care. Full year administration expenses are forecasted to be six per cent lower than budget, mainly due to unfilled vacancies and delayed initiatives.

In spite of increased service demands, AHS continues to have the lowest administrative costs in the country (tied with BC), according to a recent CIHI report (CIHI Hospital Financial Performance Indicators, May 2014).

We have frozen management salaries for the 2015/16 fiscal year. In addition, a review of AHS’ management structure was announced in February as one of AHS’ cost containment initiatives.

We are limiting purchases and use of consultants and external professional services and reducing travel, mobile technology, and training costs as part of an overall reduction in grants and discretionary spending.

We are undertaking a benchmarking process that will review our 15 largest acute care hospitals to determine efficiency on productivity and costs and doing the same for our corporate service and clinical support service areas.

We are aiming to be as lean and structurally sound as possible to best support our frontline workers.

As the third-quarter reports shows, and was recently reported in the media, we have some areas with a surplus of funds. Facility-based continuing care is an example of this. To provide some perspective, the $10 million from the facility-based continuing care budget that hasn’t been spent this year represents only 1.5 per cent of the total budget year-to-date budget for this area of $699 million.

This surplus is in part due to over-estimations to account for inflation costs, which weren’t as high as expected. But it’s important to understand that facility-based continuing care is one area of a larger continuing care picture.

We are growing our continuing care spending over time in a very strategic way. We are deliberately working to decrease spending in facility-based services and shifting to more community-based care.

In fact, continuing care spending, which includes Long-Term Care, Supportive Living and Home Care, has increased by $330 million (22.5 per cent) from 2010/11 to 2013/14. Based on the third-quarter data we are on track to increase expenditures by another $20 million (2.2%) this year compared to last.

The fast-tracked opening of continuing care beds, the announcement of new restorative care beds, and the formation of the Continuing Care Resolution Team will have a profound benefit to seniors and adults with disabilities, as well as their friends and families, in communities throughout this province.

We are well aware that health care accounts for a significant portion of the provincial budget (30 per cent of the province’s operating budget). We are making sure that every penny spent directly benefits patient care, whether that’s on the system’s frontlines, or through administration that allows those frontlines to work effectively.

AHS will continue to provide a patient-focused, quality health system that is accessible and sustainable for all Albertans. We will continue to move forward on increasing access in strategic areas as was seen in this week’s announcement of additional funding for emergency departments and restorative care. We are taking action today to be a good steward of taxpayers' dollars and meet growing demand for health care in the future.