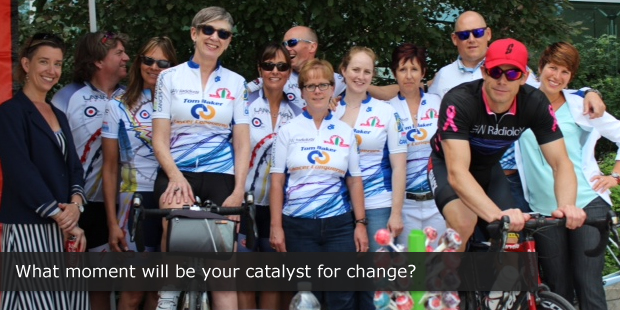 Sports and exercise were always an important part of my life but two major life events changed the way I viewed their role in how I live.

Firstly, I was 18 years old when I was diagnosed with a Ewing’s sarcoma, a rare and highly aggressive cancer for which the 5-year survival rate was ~10%, at that time. I had surgery and chemotherapy but it came back 3 years later.

Second time around, the treatment was much more intense and unpleasant but the enforced inactivity was the hardest part to endure. I wanted to be outside, doing...living!

Now 25 years on, that feeling has never left me although my chosen activities have changed over time.  Initially, I was very focused on speed skiing; I competed internationally for more than >20 years, was ranked #3 in the world in 2003-4 and reached my top speed of 241kph in 2005.

Then another moment: My son was born in 2006. Having a child changed my primary motivations for exercise. It became much more about health than performance.

In 2007, we moved from Scotland to Calgary for my position as a cancer researcher with Alberta Health Services. I had always been a cyclist but, in 2009, the Enbridge Ride to Conquer Cancer was held in Alberta for the first time. I registered for The Ride and started a training group to help riders, particularly novices, prepare for the event. This training group attracted every type of rider.

The following year we created the One Aim team and have grown to over 120 riders in 2014.  We lead 3-4 training rides every week throughout the spring, summer and fall. It has transformed my own fitness and my social circle but also revealed the incredible impact that such events can have on people’s lives.  I have seen countless “couch potatoes” transform themselves; adopting one healthy behaviour often brings other aspects of their lives sharply into focus and provokes further positive changes.

It’s never too late to make changes for the better; what moment will be your catalyst for change? Will you recognise and embrace it?