HomeHealth AwarenessAutism in the Community

Autism in the Community 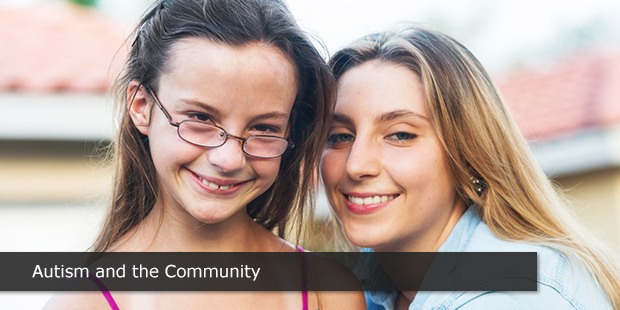 Autism Awareness Month is a time to celebrate the many contributions that people with autism spectrum disorder (ASD) make in our community. It’s an exciting time in Canada, as the federal government invests in programs such as ‘Community Works’, which promotes opportunities for youth and adults with ASD to be successful in the workplace. There are also many local employers who have already made it a priority to ensure that youth and adults with ASD have the opportunity to join their staff. I wanted to share a story about a recent encounter with one of these exceptional employees, and the impression it left on me regarding the unique contributions of people with ASD.

I stopped by the local 'Superstore' on my way home from work to pick up a few groceries.  I was beckoned by a cashier who was standing in front of his check-out, welcoming grocers and asking if they were ready to pay for their things. It was apparent that he was likely a person with ASD. He had a somewhat flat tone of voice, and tended to be a little perseverative in promoting the product of the week (shoe polish) and asking how many bags the customers needed, sometimes more than once. He immediately indicated that I needed to place my paper towels on the conveyer belt, but I could leave a (very heavy) case of bottled water on my cart, proudly sharing that he’d ‘memorized the code, it’s a very popular product’. As he was ringing things through, I realized that I had forgotten to pick up juice boxes – so I ran over to the aisle to grab some. When I returned, I realized that my jacket and pants were all wet, and that the juice was leaking. I started fuming, handed the leaky boxes to the cashier, and ran back to replace them. When I returned, trying to contain my annoyance (as at this point, I was drenched) and asked him to tell his manager, as there were more leaking on the shelf. Some cashiers would have brushed off my concern, but he calmly replied that he would call the supervisor, specifically mentioning her first and last name. One might have wondered if those details were essential, but the fact that he responded so seriously defused the situation, reassuring me that he truly intended to follow-up. He asked me again if I wanted to try the shoe polish (I was tempted, but declined), thanked me for shopping at Superstore, and wished me a Super day.

Ordinarily, I would have been really annoyed about the leaky juice – frankly, I have lost my temper over less. However, the cashier was so sincere and respectful, and taking such pride in doing a good job, I left the store feeling oddly serene and appreciative, a little sticky but still glad that I had picked a good place to shop.

Inclusive workplaces and their dedicated staff, including those with ASD – making the world a better place, one cranky paediatrician at a time!!

Do you know someone with Autism Spectrum Disorder? What special ways do they contribute to the community? How have they enriched the lives of people they know?

Tagged as Latest, Caring About the Community, Parenthood,