HomeHealth AwarenessTalking to Kids About Drugs

Talking to Kids About Drugs 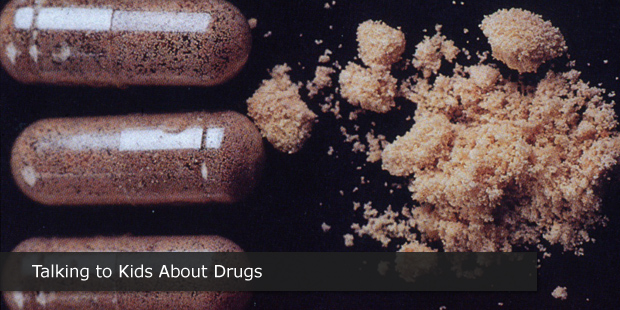 As an emergency room doctor and medical toxicologist, I come across the effects of drug and alcohol use every day at my workplace…the hospital. The 18 year old who took Ecstasy for the first time at a nightclub and now thinks she’s having a heart attack. The 21 year old who tried snorting “Oxy” and died from fentanyl poisoning. The 15 year old who smoked a joint because Snoop Dogg said it was cool and now thinks that “little green men” are coming to get him.

Recently I was consulted on a 21 year old male who had taken some drugs at a house party that had contained fentanyl, a drug that is almost 100 times more toxic than morphine. His mother, father, and sister were in the intensive care unit at his bedside, watching him being kept alive on a breathing machine, hooked up to IV’s, and laying unconscious. The family was in tears, hoping he would wake up. As a physician and as a dad, these scenes are unfortunately all too common.

I have a 12 year old daughter and a 9 year old son. Parenting is hard work, there’s no doubt about it. My wife and I do our best to be involved in their school lives, cheer them on during activities, and keep them safe. But what about when they start going to parties or clubs when they’re older? How can I be sure that I’ve given them the tools to make smart choices about alcohol and drugs? How do I begin the discussion with my kids about this?

Well, the first thing is to start early, even as early as kindergarten. Yes, kindergarten! Now, of course the discussion you have with a five year old is very different from that with a 15 year old, but the sooner your children understand the importance of choosing wisely, the better off they’ll be in the long run.

Here are a few other tips that might be helpful for you to begin the discussion with your own child:

- Stay calm. Remember, you are the parent and you are in charge.
- Try speaking to your child side by side instead of face to face; it may seem less threatening that way.
- Use facts, not emotions, and avoid saying everything all at once. Less is more!
- Use the news. Fortunately (or unfortunately) there is no shortage of stories about drugs on TV, the newspaper, or the internet? Need proof? Just type in “drug stories” on your favorite search engine and see how many hits you get. Use stories, current events, or discussions on school life as an opportunity to ask them for their opinion on it. “What did you think about that?” might be one way to open up the discussion.
- Be a good listener. Give them room to participate and ask questions. Respect their opinion.
- Don’t preach. Kids are more likely to be turned off the message if they think you’re preaching from the pulpit.
- Remember to tell your child that you love them and you’re concerned about them.
- And finally, you will have this discussion many times. Mini-conversations are better than long boring ones!

If you think your child might be using drugs, Health Canada’s Drug Prevention website offers some things to watch for:

- Changes in friends
- Negative changes in schoolwork, missing school, or declining grades
- Use of incense, room deodorant, or perfume to hide smoke or chemical odors
- Subtle changes in conversations with friends, e.g. more secretive, using “coded” language
- Increase in borrowing money
- Evidence of drug paraphernalia such as pipes, rolling papers, etc.
- Evidence of use of inhalant products (such as hairspray, nail polish, correction fluid, common household products); Rags and paper bags are sometimes used as accessories
- New use of mouthwash or breath mints to cover up the smell of alcohol
- Missing prescription drugs

I realize that having discussions with your kids about subjects like drugs, alcohol and sex may be uncomfortable, but it’s important that they learn it from you as a parent. After all, when they’re faced with these tough decisions later in life, do you want them to hear your voice telling them to be safe or the voice of their favorite rapper or movie star telling them there’s no harm in doing it?

Comment below: How are you going to begin the discussion with your children about alcohol and drugs?