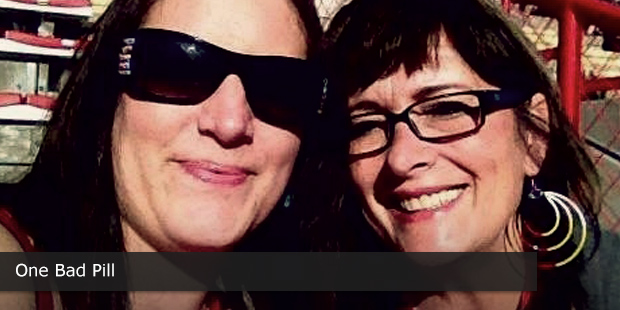 I recently became a member of an exclusive club. I do not know anyone who wants to be a member of this club. The club chooses you.

There is only one criterion for membership in this club and that is, the death of a child. Many parents have lost children.  Some have lost a child to cancer or another devastating illness, some to drunk drivers and some to homicide. Then there are parents who have lost a child to a lethal drug overdose. My daughter was 32 years old, had a 3 and a half year old daughter, a job and a future.

She took a pill one night with every intention of waking up in the morning and meeting me the next day. She had set her coffee for the morning, but never woke up.

The toxicology report from the Medical Examiner’s office stated the cause of death was “Fentanyl intoxication”, and a strange drug called Xylazine, an animal tranquilizer. No alcohol. Nothing else. You may have heard about Fentanyl, or you may not have.  But, just like in my daughter’s case: Fentanyl may be hiding in the drugs you or your children are taking.  And, like my daughter, it could kill you.

I would like to tell you a little bit about Fentanyl. It’s what gave me membership into this devastating exclusive club.
Fentanyl is an opioid that is 100 times more toxic than other opioids, such as morphine and heroin.  In a clinical setting, under proper medical guidelines and protocols, and administered by trained medical professionals, it can be effective in easing pain and assisting with medical procedures. Fentanyl, as a pharmaceutical drug, is only available with a physician prescription.

But, here’s how it gets bad, really bad. Fentanyl is now finding its way onto the street.  In many different forms, and often laced with other drugs such as the animal tranquilizer I mentioned previously, Fentanyl is being manufactured and sold by drug dealers.  The pill form is often sold under the name “greenies, green beans, and 80s”, or pedalled as fake Oxy. But it’s also finding its way into other street drugs.  And you won’t know it.   The truth is, no matter how much the drug may look like another drug or a look like a safe pharmaceutical pill, it can kill you.  And you won’t even know what happened.

Think of it like this. When you make a batch of chocolate chip cookies by hand, each cookie may not have the same number of chocolate chips and you don’t have the quality controls or precision of a machine used in a regulated industry.  Similarly, when you buy drugs off the street – often made in someone’s home lab – you have NO way of knowing what you’re really getting, or how strong or powerful the drug may be.  The fact is, even prescribed Fentanyl isn’t safe if you aren’t taking it under a doctor’s supervision.

Perhaps the most disturbing thing about this is that Fentanyl is now widely available. “Greenies” can be found anywhere. And all it takes is one little pill. Just for the heck of it. Just to try it out. Get a good night’s sleep. Whatever…. And never wake up.
Something terrible is happening right in front of us and many think it will never happen to them. It only happens to others. “So tragic, how sad, poor family,” we lament.

But this isn’t about others.  It is about all of us.
Fentanyl is meandering its way into mainstream society and picking off those we love one by one.
I hope people listen. I hope parents talk to their kids. I know it isn’t easy, but we have to start talking about this before we lose more of our children. My hope is we can make enough noise that it will convince our children to never take the risk.
Let’s make a difference. Together we can.