Mr. Sommerville was first elected as a Bencher for the Law Society of Alberta in 1997 and has completed two other terms, commencing in 2000 and 2006 respectively. He was elected to a fourth term of three years in 2014. His experience with the Law Society of Alberta has provided him with a broad-based perspective on the public policy issues facing the legal profession as a whole. Mr. Sommerville received his designation as Queen’s Counsel in 1998.

Mr. Sommerville was born in Calgary, Alberta and he received his law degree from the University of Calgary in 1985. He began his career with the Crown Prosecutor’s Office and the Attorney General’s office, before moving on to private practice. In 1995, Mr. Sommerville moved his practice to Drumheller, where he has been a sole practitioner, assisting rural Albertans with their legal issues.

A proud resident of Drumheller for over 20 years, he and his wife actively participate in fundraising for community projects and local cultural activities. They enjoy travel and spending time with their two grown children and four grandchildren. 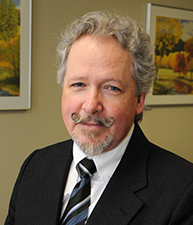