Brian Vaasjo brings to the AHS Board over 35 years of experience in industry; most recently as President and CEO of Capital Power, the province's leading developer of new power generation. He has also served as Executive Vice President of EPCOR, and spent 19 years with the Enbridge Group of Companies.

Mr. Vaasjo holds an MBA from the University of Alberta where he also received his undergraduate degree. He attended the University of Western Ontario Executive Program and is a Fellow of the Society of the Chartered Professional Accountants. He and his wife Dawn live in Edmonton and have three children. 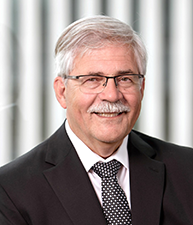