Things are hopping in High Level 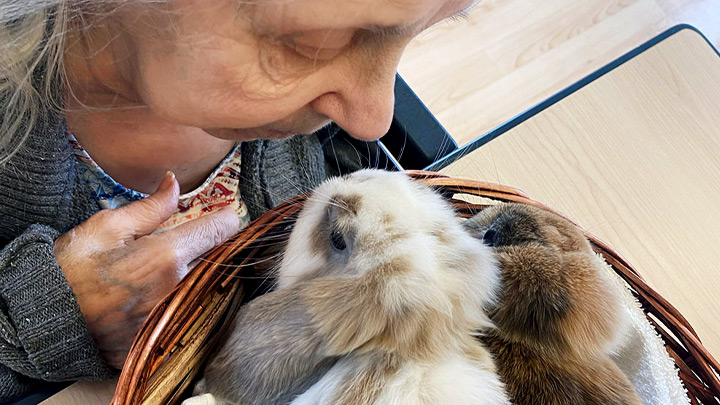 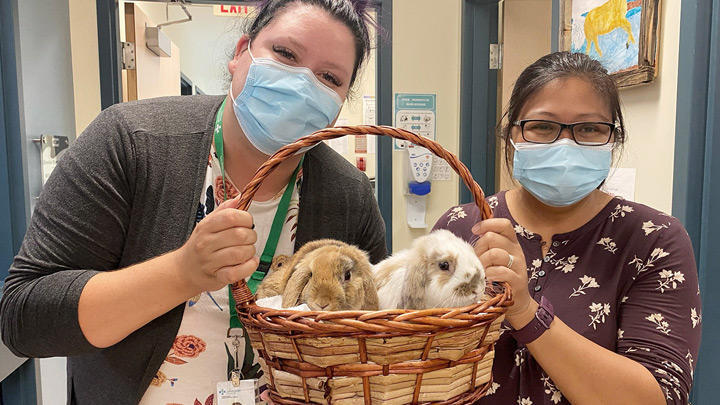 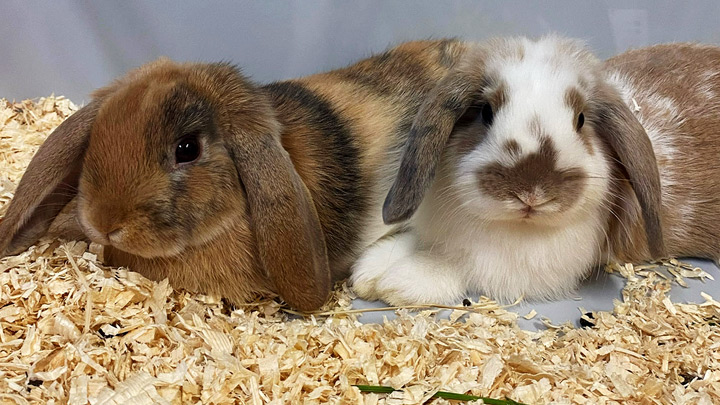 The Northwest Health Centre’s long term care unit has two new residents who are literally hopping to get to know everybody in their new home.

Marvin and Henry are two Mini Lop rabbits who have moved into the facility, much to the delight of both residents and staff.

Morin, who began in her role for North Zone Area 1 facilities in March, noticed there weren’t many pet visits in the facility and began to look at options to increase those opportunities.

“I had done bunnies in another facility I worked in, so I brought it forward to my manager, and we rolled with it from there,” she says.

The bushy-tailed idea was presented to the long term care residents’ council — and received approval even before Morin reached out to a local High Level pet store, Kat’s Kritters, to bring in the bunnies.

“I knew the Mini Lops would be good, because they’re very cute, and they stay quite small,” Morin adds.

With infection, prevention and control measures in place, Marvin and Henry now have their own cage, which gets daily spot cleaning and a full cleaning twice weekly.

“We do schedule pet therapy with them and have a small basket that we use to take them around,” says Morin. “Residents can interact with them without us, so they can drop a carrot or just sit and watch them if they want.”

Marvin and Henry are settling well into their new ‘lair’. Currently, they’re spending time in the rec therapy office and getting comfortable with being handled.

“The residents are really excited and so are the staff,” adds Morin. “In these times, it’s just so great to see everyone excited about something.”