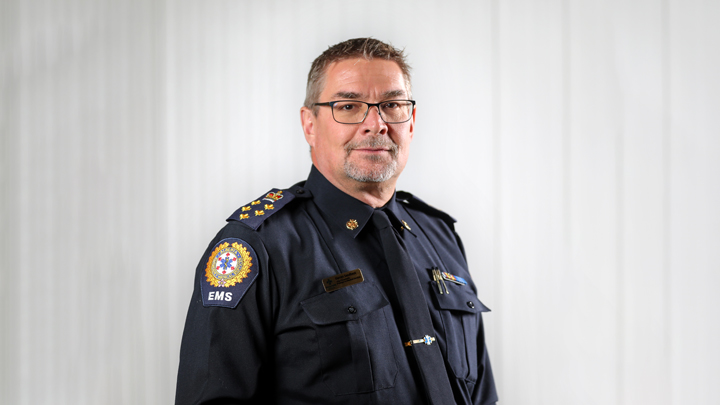 AHS Emergency Medical Services (EMS) has taken action on a majority of the initiatives in the EMS 10-Point Plan announced in January. All of the initiatives — drawn up to address continued system pressures and create more capacity within the system — have seen progress and are already starting to show positive results.

When appropriate, some 911 calls are being diverted to the Poison and Drug Information Service (PADIS) as part of the initiative to transfer low priority calls. A project in conjunction with Health Link is also being established to further refer calls for secondary triage.

EMS has ceased the automatic dispatch of ambulances to non-injury motor vehicle collisions. This means ambulances are not needlessly sent simply to double-check drivers and passengers. EMS will always send an ambulance should injuries be later identified, however this keeps more ambulances available for urgent, life-threatening calls.

The first elements of the EMS Metro Response Plan (MRP) have been put in place. Since then, there have been significant and noticeable improvements in keeping suburban ambulances in their home communities. EMS is seeing recent signs that community coverage is increasing and response times are decreasing in several communities.

“This has been a key request from local leaders and elected officials,” says Darren Sandbeck, chief paramedic and senior provincial director for AHS EMS. “Time and further data are still needed to evaluate this change, and EMS is monitoring for other impacts it may have.”

EMS also recently received budget approval to add new ambulances in Alberta — five each in Calgary and Edmonton, each year for the next two years, for a total of 20 new ambulances.

“Relieving some of the pressure on the EMS system by adding resources in the two largest cities in the province, and the areas of highest demand will have a positive ripple effect on neighbouring communities,” adds Sandbeck.

Work is also underway on the Provincial Service Plan. Surveys about the current state of EMS have been shared with staff, the public and partners. The most recent state survey closed April 8 and work is underway to analyze its data and feedback.

EMS has concluded phase one of a pilot project which helps manage non-emergency inter-facility transfers (IFT). This project uses other means — family, shuttles, taxis and more — to transport patients who do not require acute care. While data is currently being evaluated, anecdotal evidence has been positive and, as such, the project is being extended to all hospitals in Calgary Zone. In North Zone, the IFT pilot began Jan. 9 at four rural sites and continues for six months.

The Red Deer Inter-Facility Transfer Pilot Project is currently in modeling and costing exercises to determine the full scope of the initiative. This pilot project will focus on managing low-acuity patient transfers between facilities with dedicated transfer units, freeing up ambulances to handle emergency calls.

“These initiatives, which demonstrate EMS’ continued commitment to innovation, help to free up ambulances from regular inter-facility transfer duties in order to focus on urgent patient care,” says Sandbeck.

Sandbeck adds that these elements of the 10-Point Plan help improve patient care by boosting supports for EMS staff, and offers that they are also showing progress.

EMS has engaged with contract service partners and has provided the Hours of Work/Fatigue Management project recommendations to mitigate fatigue risk. EMS is now preparing for phase two of this project and $12.2 million has been approved to support implementation.

Funding has been allocated in budget 2022/23 and establishing the Calgary Integrated Operations Centre is set for this May. This initiative brings paramedic leads and zone and hospital staff together to improve movement of resources and flow of patients.

Since January, EMS has continued hiring for a total of 66 staff: nine temporary full-time and 57 casual staff. EMS has also met with learning institutions with regards to hiring new graduates and potentially expanding their training capacity.

AHS continues to monitor the impact of the changes and will make further adjustments as required.