Clinical trial helps give life back to couple 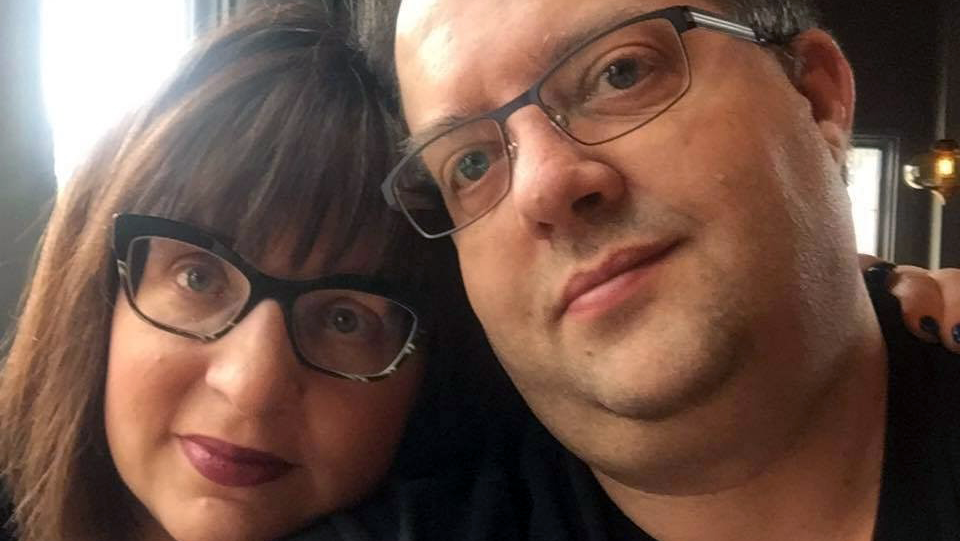 See also: From bedside to the research bench

Sharon Gower says she was pretty much hysterical when she was diagnosed with breast cancer. But while still reeling from a diagnosis, healing from a mastectomy and days away from chemotherapy, she learned her husband was facing a diagnosis of his own.

In October 2012, Steve was working in China but returned home early because he wasn't feeling well. Doctors suspected it was diverticulitis. In January, Sharon noticed a lump on her breast. Not long after, she was diagnosed with stage 1B breast cancer - two months before her husband learned he had colon cancer.

While the double diagnosis was devastating, the mother of two says she and her husband balanced each other as they faced their treatments and their fears.

"I was better physically and he was better emotionally," she says. “We both really understood each other."

The next month he was having a colon resection while Sharon was undergoing chemotherapy.

Today, Sharon is six years out from her diagnosis with no signs of cancer and continues to take medication to prevent a recurrence while her husband had clear scans five years after his diagnosis.

The Calgary mother wanted to sign up for cancer clinical trials, supported by the Alberta Cancer Foundation, when she was being treated, hoping it would give her access to the latest-and-greatest treatments. And it did.

Because she was starting to get low bone density, she was enrolled in a study looking into the effectiveness of a drug injection aimed at protecting her bones during and after treatment.

“I actually just had my bone density checked and because of the injections it is now normal again which is great news,” Sharon says.

Her message to others facing a diagnosis - there is life after cancer. And it can be good.

She hopes sharing her story and how she has gone from being overcome with fear and emotion to a place of gratitude and hope will inspire others on their own journey.

"I'm living my best life," she says. “I have a massive appreciation for life and I'm better at dealing with adversity. There is a really good life after cancer. You can feel whole again. You will never 100 percent be that same person but you can find happiness again."

If you have a story or know someone who does, and you would like to share, go to www.albertacancer.ca/share-your-story